Who Can Run the Report

Anyone can run the report but the returned information will be limited based on the access rights of the user.

This report is found in the Program Based section of the Report Library.

The report includes the following tables:

This table displays the number and percentage of each exit destination during the reporting period. 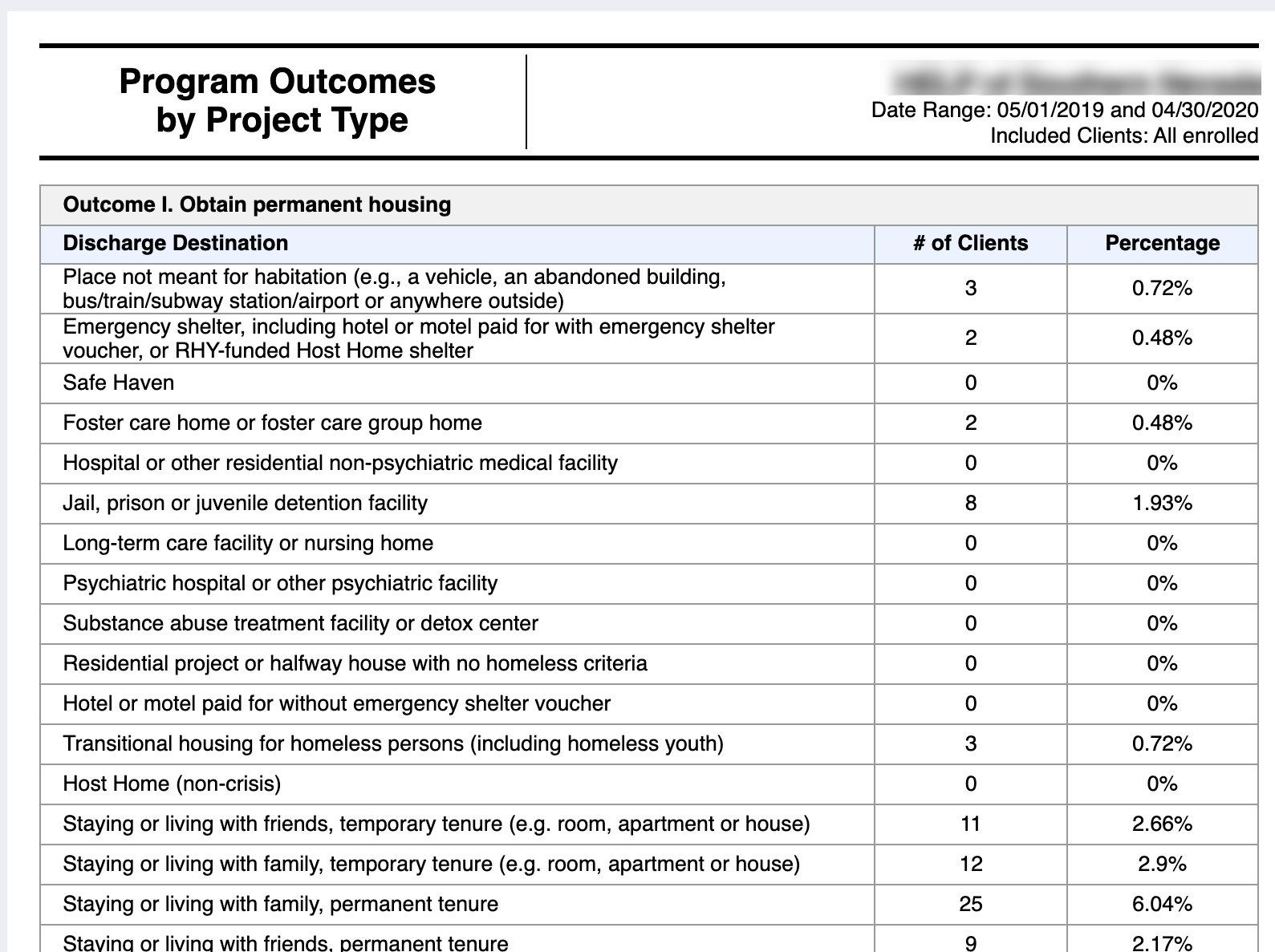 The totals include a "Total discharged to permanent housing."

This total is calculated by using the sum of the following permanent destinations divided by the total exits.

This table isolates only exits to:

The Percentage is of the total exits shown in Outcome I.

Of the adults and child head of households that exited during the reporting period, how many exited with Earned Income as an income source.

Outcome IV. For those who had 0 income at intake, obtain stable income before discharge

Of the adults that exited, how many entered with $0 income from any source and how many then obtained stable income by the time of exiting the program.

Outcome VI. Of those who discharged to permanent housing, length of time to obtain housing?

Of the clients that exited to permanent housing, as defined in Outcome I, how long was it:

Sorted by project type, this report lists the programs included in the report.

Drilldown functionality is available for this report. For each section, basic demographic information will be listed for each client included in the count.